For as long as I can remember there have always been inspiring media tales of heroes worldwide who have made a difference. In some previous blogs I have noted biopics about Mother Theresa, Gandhi, Mandela, and other substantial change-makers. 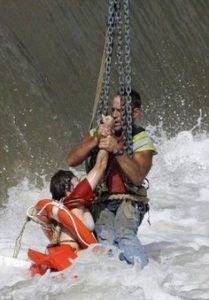 However, there is another important genre within “Media That Matters” that I call “noble emergents.” These films are about the “quiet heroes” who emerge due to unexpected emergencies. The central characters never became world leaders nor received Nobel prizes. Yet, when faced with unspeakable tragedy or risk, their character emerged as a model for others. All that is commendable about our true spirit can come forth in such times and media can well preserve these moments for those who were not there and for those yet unborn.

Recently several films have singled out such “normal” people who, when motivated by exceptional pressure, rose to reveal selfless character. Sully (Tom Hanks, Aaron Eckhart) is perhaps the best known of these biopics. It’s a film about retired pilot Chesley Sullenberger who saved the lives of 155 people by landing his crippled plane on a freezing New York river. Patriots Day (Marc Wahlberg, Michelle  Monaghan), which recounts the terrorist bombing in Boston during the 2014 Marathon, chooses multiple heroes who rushed into action to save lives. They revealed not only their tireless response to others in need but also the spirit of a city that would not be intimidated.

The more obscure Lennon Report (Evan Jonigkeit, Stef Dawson) introduces us to the doctors and nurses who struggled against hope to resuscitate the fatally shot John Lennon, who 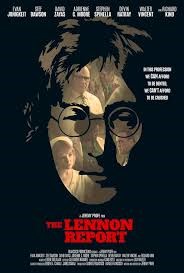 also had to fend off the aggressive press, and break the news to an emotionally torpedoed Yoko Ono. No one feels like a hero when they lose a patient, especially one so loved. And yet, the film shows the strength of character needed to be an “ordinary” hero when an extraordinary circumstance calls for exceptional stamina and courage.

There have always been feature movies and television episodes honoring the brave (think war movies), the solo “just-man” against evil (think Westerns), the classic historical “patriots” (like the 300 Spartans  and The Patriot), and the rebel hero against oppression (think Spartacus, Schindler’s List and Braveheart). Literally thousands of mainstream epic media creations have canonized such historical figures.

But there is something powerful about documentaries and recreations which honor those who are still alive. It is as if when we are watching a movie like Patriot’s Day, we can not only say things like “what would I have done?” but also things like “I could do that!”

The importance of role model films cannot be underestimated. Literally millions of children and teens have learned how to smoke and curse from mass media. So why not learn instead how to lead and inspire? We have an abundance of imaginary media super-heroes, most of whom fly with capes and master martial arts, so why not also see an abundance of actual people who  have not only changed history, but who have also changed their seemingly small, “normal” community?

Nor can the importance of saving lives and showing others how that is done be under-estimated. Media that matter can be an important educational force regarding what to do when faced with a tsunami, terrorist act, blizzard, or kidnapping. Seeing how others have emerged in emergencies not only inspires—it also models pro-social behavior. 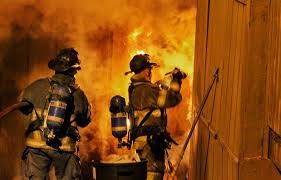 Society creates special moments to honor fireman, police, military, first responders and others who risk their lives. To that honor, I wish to add a brief tribute to media writers and directors who choose such themes for their films rather than striving to make more “flash, slash, clash, and trash for cash.”

Our true character may be tested by an emergency at any time… just as it was for Sully and Boston’s first responders. But we do not need an emergency to emerge as courageous.   True character may be released in any moment. When a camera is there to record that moment, it may ripple forth with even greater influence to stir yet more primal spirituality. But no camera is needed to send positive influence over the airwaves. What is most needed is for our full self to emerge, and not only during emergencies.