I was so angry this morning about the election outcome. I googled about getting a work visa to work in other countries. I yelled at my husband. I vacillated between rage and depression. And then I took a walk, and during the walk I thought about how Hilary Clinton, as a woman, might feel today, and the anger dissolved into deep and profound grief. That sadness was for a woman who tried harder than most, achieved more than most, and it was for the ground lost in the decades-long struggle for gender equality. It’s not that a man won and a woman lost this election—although we as a country have slammed the door on feminine leadership multiple times. It’s that almost half of the American people voted to support a person who holds gender inequality, even misogyny, as an acceptable personality trait and value. Regardless of whether people in this election voted against a candidate or platform, for a change, or just to upset the status quo, what they supported was leadership with an attitude toward women and femininity that is meant to discount, oppress, and misuse women. 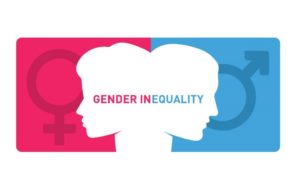 As a country and as a world, we’ve made enormous strides over the past 100 years in many areas—social justice, knowledge, compassionate aid, racial equality, and even gender equality. However, gender equality has always lagged behind and has been accepted more by word than by deed, and certainly not by the more subtle indicators of attitude. The World Economic Forum (and many others) count gender inequality as one of our top issues or challenges in the world today. The World Economic Forum says:

Although we are getting closer to gender parity, change isn’t happening fast enough.
For the past decade, the World Economic Forum has been measuring the pace of change
through the Global Gender Gap Report, and at current rates, it would take the world
another 118 years – or until 2133 – to close the economic gap entirely.

Economic indicators suggest that this is true—in 2006 women’s average annual earnings were about half that of men, and it hasn’t changed—same statistics in 2015. Yes, women typically are allowed legally to do anything a man can do, and there are women who make a lot of money—even decisions. But this election just put the belief that women are not only less than men, but also are actually meant to obey and serve men, right back to the front of the attitude parade. I’m reduced to desperation at the prospect of even four years of potential damage to the effort to bring the feminine qualities of compassion, collaboration, communication and cooperation firmly and physically into our world.

Regardless of your political party or preferences, in the days and weeks to come, I am begging us all to look deeply and honestly into our innermost being and our most habitual and subconscious attitudes and bring a heightened awareness of our words and our actions into play so that even our most casual words and actions—and especially our decisions—don’t contribute to the encouragement or acceptance of gender inequality or negativity of any kind. Our attitudes are partly us, partly what we’ve been given by our parents and our upbringing, and partly what we read, hear, and express. Even women, and men who support and believe in women as powerful and capable human beings, can do or say things that express subtle and unconscious attitudes of ignorant, unjust comparison and discrimination. Maybe we can’t stop it cold but we can practice awareness and kindness for as many seconds of each day that we are able, and express that awareness and kindness into our whole world. And maybe today’s crisis can birth something unexpected and true. 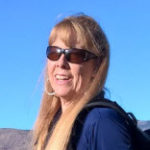 Heather Ryan has 30 years of experience as a technical writer and editor, most recently in the health care industry. She currently lives and works at Sunrise Ranch, and loves the opportunity to practice communion and unconditional love in all aspects of her living. Heather is passionate about learning, exploring/traveling, and spending time outdoors, and is extremely grateful for the opportunity to do all of that at Sunrise Ranch in her almost-home state of Colorado.