Recently, Jane Anitrini and Ruth Buckingham invoked the call for ‘all hands on deck’ to the community in this new winter cycle of uncertainty and opportunity. The winter season is often a time to listen to the mystery, take stock and ponder the next new thing arising. That might not immediately seem like ‘all hands on deck,’ but more like all ‘eyes on belly buttons’–however, it does apply.

The command originates from a naval term. In colloquial usage, it often means ‘ready for battle.’ One of my hobbies, as anachronistic as it appears, is reading books about the tall sailing ships of the pre-industrial ages. There are messages about leadership in those books hidden, perhaps deeply, in the tales of brutishness at every level. All hands on deck, was not just a command for grabbing cannonball, sword or musket and risking death; it was also for moments of key navigation—raising anchor, addressing leeway to keep the wind from dashing your ship on shore, even taking advantage of favorable winds. These can be calls to action for the whole crew. All of these are metaphors for considering how we move into the future.

All hands on deck might be the invitation to do what is your task at your ‘ready station,’ but it is also a clarion call to be aware of your interaction with your crew mates. You can’t have one missing sailor on the rat lines, or you don’t succeed in dropping the right sail. The sailors must know their jobs and respect the complementary positions around them.  The best sailors were acutely tuned to the present moment.

Sunrise Ranch recently hosted a group from the Conscious Business Interprise (sic), a consulting area of Humanity’s Team (HT). Their mission is to raise the consciousness of the planet by changing the mindset and heart-set (my word) of corporations and businesses. They visited Sunrise Ranch, our spiritual community of 105 residents and 80 employees, to road test some assessment tools in what they called a Pre-Beta version. In software parlance, a Beta release is one that is similar to what will be delivered as a service, but needs to be fine-tuned; so, a Pre-Beta version, in the words of the HT team, is a version in which they admit they are still discovering.

I was not able to attend every focus group or breakout session, nor has the HT team yet delivered any conclusions (that is due in January 2018), but I can tell by the buzz here at the Ranch that the process has already 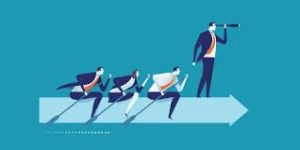 made an impact. We were offered the opportunity to consider that our work pattern, as unique as it may be, effects: 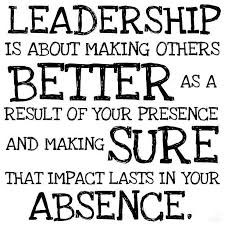 One of the key aha! moments came in an exercise for the Leadership team at the Ranch. In this exercise, we all ‘voted with our feet,’ to indicate what we thought about our strongest and weakest characteristics as a business. We did this by standing in the appropriate area on a floor mat that was printed with various attributes and principles.  It was not so much the content of our votes, or that every department had a different but reasonable approach; it was the effort of looking 360 degrees to consider all factors that were impressive. Terms (and mat areas) such as Visionary Leadership or Centered Leadership help us to consider what they mean to the people and purpose of our Sunrise Ranch mission—“The Spiritual Regeneration of humanity under the inspiration of the spirit of God.”

Conscious Business requires that leaders consider their own self-awareness and emotional fluidity capabilities. They need to listen, inspire, and express themselves in an awakened manner. To us at the Ranch, in our cosmology, there is a practice of listening not just to the words of our teams or circles of community, but also to the wisdom and truth of the words spoken and how we listen to them, which is deeper than interpersonal and group related. This wisdom and truth reflects our experience of a greater Universal Being of which we are an inseparable and unique manifestation. You are not likely to see that option in a business school classification of leadership—that’s the pity.

Leadership, when I think of it in this way, is not at all concerned with competition or self-promotion. It is focused on an appreciative curiosity and care for the miracle of the gifts of individuals and the creative impulses which contribute to innovation, all without leaving a trail of tears or waste products.

Leadership is built on a foundation of both information and inspiration. When people take responsibility to relate to their own primal spirituality, and to take stock of how emotions are affecting their thinking and beliefs about others, you have truth in information. When people feel the self-esteem of doing a good job within an interdependent group; that is a grand start towards inspiration. True inspiration goes further to a shared sense of mission and the agreements that together, all people move themselves toward it. That is wisdom in leadership.

Back on our ship metaphor, the sailor who complains that the Navigator doesn’t climb up the main mast with them to drop sail in the gale, is missing both elements of leadership. He has lost the truth of his own self-

mastery and place in the community, and he is also forgetting the necessary interdependence of roles. Without the skills of the Navigator, the ship will likely flounder and never reach its destination. Why would you risk the navigator up three stories high doing something he is not suited to do? That doesn’t make the ship’s master a better man or entitle him to an inflated ego–not if he has wisdom. The Navigator will see how every sailor did what was best TOGETHER at that moment, within their skill set, to meet the challenge and opportunity at hand.

You can bet the Navigator was racing down into the hold with every sailor to pump it out when the ship was taking water from a breach in the hull. Separation of skill set notwithstanding, they are all on the same ship together in that sea of uncertainty.

Leadership is an option for everyone, not just those who have been anointed by the established powers; an organization chart doesn’t define a leader. Better to be anointed by the ‘powers that BE’, wake up and engage at all levels of being. Being in its essence of wisdom and truth, being with one’s own emotional and mental quirks so that you can see and listen to others, being with others working toward common purposes and allowing that being to carry inspiration through you like a river that overflows outwardly.

These are challenging times to BE on these levels. To me, this mission is far more heroic than any sailing ship crossing unknown seas.

Atom Terpening has over 30 years of experience as a software and database developer and project manager in the healthcare and non-profit, association-management industries. Most recently he worked as the Corporate Information Officer of a company, CMI, that manages membership and events for non-profit health care associations. Atom is a proud father of two grown children and a new granddaughter named Ziggy, and he has spent most of his adult life developing a practice of awakened consciousness through mindfulness, heartfulness and appreciation for the miracle of life.

← A Subconscious Composition
EMILY DICKENSON AND THE POETRY OF THE SPHERES →

One Response to All Hands on Deck