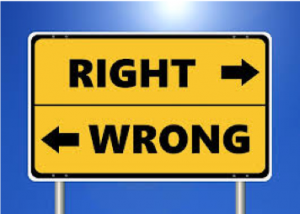 Theater, Hollywood, and prime-time television have long been obsessed with dramatic ethical dilemmas which hook audiences. From the earliest known and best loved theater, engaging characters have been obsessed with questions such as “to be or not to be?”, “to marry for love or for honor?”, and whether “to do the right thing but for the wrong reason?”

One can find films and TV shows about almost every branch of ethics such as business (Enron: The Smartest Guys in the Room and Arbitrage), medicine (Patch Adams and Ben Casey), sports (Any Given Sunday and Concussion), and journalism (Absence of Malice and The Post). Indeed I am aware of ethics professors who have identified over two hundred films which focus upon moral dilemmas.

But which ones show us the virtuous way out of ethical dilemmas? What movies would you want your children to see to find their role models or what might be called their “ethics exemplars?” To my view, there are several biopics and documentaries which have captured people of great character at their most vexing moments as they faced seemingly “no-win” moral quandaries. It seems an important part of our indigenous spirituality to face intense ethical challenges with integrity so I’d like to cite a few films which point toward a moral north star in case you missed them.

These are just a few of the ethics “classics” in which a leader’s integrity was tested and a history-changing decision was made under great pressure: 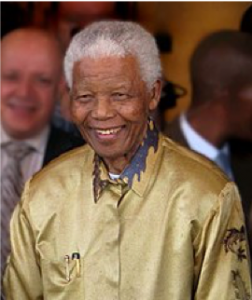 3) He Named Me Malala: The story of the brave girl who faced the Taliban and won the Nobel Peace Prize.

5) Queen Esther: Far Away and Long Ago: The teen queen whose decision prevented genocide.

10) The Letters: Mother Teresa’s work and world based upon her private letters.

There are many other important books, film, and TV programs about taxing ethical decisions including perhaps the most difficult of all time–President Harry Truman’s decision about whether to drop a nuclear bomb and thus open Pandora’s Box for humanity. People of all races, professions, ages, and faiths have faced life-and-death decisions which make for high drama and often for good box office. War films, westerns, melodramas, biopics, courtroom dramas, and even comedies are often based upon a “lesser of two evils” or “greater of two goods” plot in which the audience is held in suspense until an agonizing decision becomes history. 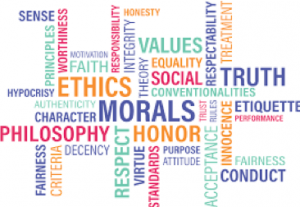 It is important to note that the ethical choices which become immortalized in books and movies such as those listed above help us to see our own lives. We all face ethical challenges—whether to put our parents in nursing homes; whether to enlist in the military; how to vote on controversial issues; whether and when to report relatives and friends who are breaking the law; whether to use guns; at what age to condone sex, drinking, and full freedom by our children; whether to end the life of a parent on life support; how to report taxes; whether to support our children if they avoid the draft; whether to take a stand in office politics; whether to oppose or support capital punishment—the list seems endless.

Because ethical decisions are ubiquitous, media which champion people of integrity and the tough decisions they made are helpful in showing the way through to victory in times of darkness. Indeed the most recent movie about Churchill was entitled Darkest Hour and it makes him the poster child for perseverance, as does the even more recent film Unbroken which focuses upon a war hero who would not bend despite sustained enemy torture.

Ultimately, the camera-in-our-heads must turn toward us. Although some of us may never face life-and-death decisions, we nevertheless are constantly faced with moments where we must choose between being self-serving and being of service to others. We also encounter many moments behind closed doors in which we might behave differently if we knew we were being observed. And we all face decisions which have benign or malignant consequences for the others in our lives who breathe our “second-hand smoke” so to speak.

So when ethics goes to the movies I don’t perceive such film as just entertainment. We are shown potential role models and exemplars whom we can emulate or ignore. And we may also choose to recommend such films to our children, our classes if we are teachers, our friends, relatives, congregations, employees, colleagues, and, if we write blogs such as this one, to our readers.

← Media of Awakening
My Three Favorite Movies for Saving the World →