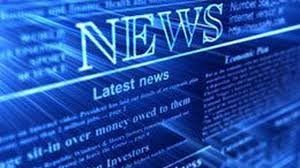 To injure no man, but to bless all mankind. This was the lofty goal of the newspaper The Christian Science Monitor, which Mary Baker Eddy, the founder of Christian Science and The Monitor as it came to be called, wished to share with the world. She succeeded not only in raising the standard of journalism but also for creating a publication that won numerous Pulitzer Prizes and other top awards for quality expression.

The stated motto of the The New York Times, “all the news that’s fit to print,” seems a little more pedestrian until you consider the word “fit,” a word which points toward high standards. What is fitting? How high does The New York Times aim? Obviously, whatever its critics say and whatever the exceptions might be, The NYTimes has been considered a flagship for top-of-the-line professionalism.

Similarly, in Great Britain, The Times and the BBC have long been known for setting the tone for quality and integrity. Indeed, when developing the fledgling young BBC, Lord Reith did not just interview job applicants with an eye for talent, he was equally concerned about their reputation for character and ethics.

Many other examples of aspirational journalism could be cited. Indeed, there is a rich heritage of those seeking to express the highest version of truth available rather than create an “alternative” to truth or a world of “alternative facts.”  And yet, journalism questing for truthfulness has been dwarfed by tabloid sensationalism as part of the “clash, slash, flash, and trash for cash” movement in Western media.    The (over) 1,000 channel universe, proliferation of news websites and social media,  and pseudo-news (comedy such as by Bill Maher,  Steve Carell, and Jon Stewart),   has made the media landscape so competitive and lowbrow that many people are confused about which sources, programs, websites, and publications are accountable and honest. 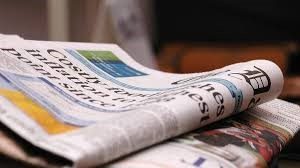 Are there still media that matter in the world of journalism? I’d like to recommend a few. The legendary veteran journalist, who was originally a White House Press Secretary, Bill Moyers, is perhaps the retiring “king” of on-air legends whose integrity seems unflappable. You may find him on “Moyers and Company” or billmoyers.com. What about Tom Ashbrook of America’s NPR? If you haven’t listened to his two-hour weekday program called “On Point,” find an NPR station in an urban center near you or go on line to (for example WBUR.com) and note how balanced and holistic Ashbrook aims to be in his programming.

Frank Rich at The New York Times, David Ignatius at The Wall Street Journal and almost anyone at The Christian Science Monitor deserves four stars in their quest for gourmet news refinement.  And you can find Pulitzer award winning reporters, editors, and publishers throughout the US in both small and large publications and cities alike. Then there was the legendary I.F. Stone, a one man wrecking crew known for iconoclasm and ruthless pursuit of truth. 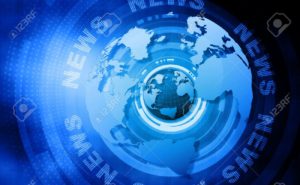 However, there is more to great journalism than high quality and truth-questing.    What about those mavericks who also sought to turn the tide toward more positive coverage of the humane and virtuous side of human behavior? David Smith began The World Good News Network in the 1970s which amassed numerous good will stories of humanitarian and noble acts committed by obscure citizens. David Freudberg at WGBH radio (and later distributed worldwide) felt that the human and the humane should be at the core of his journalism—and he has been rewarded widely for his efforts.

Of course, there is also the vision of the crusading “knight in shining armor”   journalist who takes on the bullies and beasts of corrupt world politics. In the U.S., the legendary crusaders were the high-minded Edward R. Murrow and Fred Friendly, followed by the iconic Woodward and Bernstein (of Watergate fame) who, despite great risk, fruitfully exposed hypocrisy and deception in high office.

From the standpoint of primal spirituality, it is important to note that the spiritual world is not all about warm fuzzies. So although I like to showcase movies, programs, and music which therapeutically provide healing for audiences, my blogs are not just about the sedation of pleasant media entertainment. Truth, no matter how uncomfortable or threatening, is essential to spirituality. Truth is crucial to those role models who drink heavily of life’s truth serum and for all of us. Those who sound clear, accurate, and balanced public tones, model soundness and sanity in an often confused and cloudy world.

Pro-social journalists can also be vital to the survival of the planet by accurately covering important environmental and other emergencies. They also play a role in building world peace. For example, when covering hot spots in the world, their own comments and approaches can be either inflammatory or pacific. Some tabloid journalism has actually precipitated greater violence and anger in world affairs while more calm and informed coverage has led to better understanding and cooperation.

One must give thanks to the many people of integrity who have sought to set high standards within this profession. Some have played leadership roles in professional associations such as the International Federation of Journalists and the Society of Professional Journalists. Although codes of ethics and policies are only as good as the people who apply them, I want to thank all those who have sought to create and implement policies and codes with high standards in these and other professional associations.

So-called “ordinary” people can also play a role in increasing the quality of journalism. We can write thank you notes for great articles, nominate top journalists for awards, insist on excellent local education programs for aspiring journalists, send reporters news tips and ideas for important stories, and pay attention to which journalism we consume.  In short, I have a part to play as a catalyst, consumer, co-creator, and citizen. Unfortunately, some professional schools of journalism have become so hard-nosed that reporters are often taught to wear “the professional mask.” They are told to never be influenced by their emotions in order to write “objectively.”  While one honors this tendency to remain uncontrolled by over-reaction and emotional involvement, it is important to recall that all of us are people first and that our professional roles are add-ons which should not cauterize the heart and amputate compassion from our body of human behavior.

Thus, journalists must be concerned, humane citizens and not robots seeking to always look detached and indifferent to human suffering and care. In that regard, it is important to thank all the journalists we know who are preserving their humanity and making a difference. Underneath the role, there is a deep concern that truth not be muddied and that society is properly informed, protected, and affirmed.

My great faith is also in the “fresh blood” of brand new journalists and our visionary students. Just a few I know whom I sense will make a difference are Jennifer Currier, Jessica Kasparian, Sam Chase, Christina Henderson, Michaele Halnon, Victoria, Garcia, Max Cohen, Hannah Miller, Alexandra Reid, Lloyd Mallison, and Marissa Bracker. They are our future and I toast their success and potential.

Here’s to journalists who travel the extra mile, who provide the real (not alternative) facts, and who know that primal spirituality must include expressing and protecting the highest level of truth that we know.  Although I am not interested in favoring any particular religion, I honor Mary Baker Eddy’s prophetic words.  The highest aspirational mission of inspired journalism is To injure no man and to bless all mankind.

← Temporal Human, Eternal Being
Living in the World →

One Response to Journalism That Matters