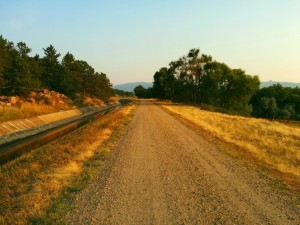 A few months ago, I was taking my early morning walk along the canal road, up on the western side of Sunrise Ranch. The breeze was fresh and cool, the sky clear and bright, the water flowing abundantly next to me and there was evidence of vibrant life everywhere. All was so very well in the world!

So, I thought, what has gone wrong in the experience of so many people that the awareness of the true beauty of the planet has been lost? Somehow, so much of our attention gets taken up with creating and protecting lives based on wrong assumptions, often emerging from a distorted self-awareness that engenders unconscious, less-than-creative behaviours.

We all have unconscious habitual patterns that we have developed over the years and I believe that it’s fortunate when we move into circumstances that show them up for us so that we have an opportunity to recognise them and deal creatively with them. The way my life is at the moment, I’m lucky enough to travel regularly which takes me away from my home turf for relatively long periods of time. No sooner do I start settling into a familiar life in the place to which I travelled than I need to return home. Fortunately “home” is never quite the same as it was when I left and there is an opportunity to resist returning to previous behavioural defaults.

Shame plays a big part in some of those unconscious behaviours, having often been set up at an early age and having been reinforced over ensuing adolescent years and beyond. I remember, as a seven year old boy, being sent to boarding school in Kenya and how much shaming went on in the colonial school system there. It came from the teachers as a way to maintain control and from the older boys as a way of dominating and terrorising their juniors. More than sixty years later, I can recognise established reactive patterns that still emerge at times, in response to some adverse circumstance. Luckily, with the years, I have become more adept at catching and dealing with these behaviours before any damage is done, either to me or to my world. Most of the time, anyway!

In looking back at my subsequent teenage phase, I’m also aware of the well-proven fact that a victim can often become a perpetrator and that I could easily become arrogant and unkind towards those younger than me. I’m glad to say that those attitudes did not become behaviour-drivers but I could feel their presence. I sometimes still do!

All too often in the world as it is, shame is used to dominate and subdue people and sometimes even whole cultures, shaming being used as a weapon and as a manipulative tool. And, over the centuries it has proven to be very effective, persuading people that they are inferior or not worthy. What happened in South Africa during the Apartheid era is a prime example of this but there are many more instances. The subjugation of many of the South American cultures by the Spanish and the colonisation of many parts of Africa by the British, Portuguese, Germans and Belgians.

What is it in the human psyche that has people so prone to being shamed and accepting the suggestion that they are less than they really are? As I scan my own experience, I believe that it’s the presence of that seed of self-doubt, often planted in the subconscious at an early age, which creates a disparity between who we think we are and who we really are. The lack of the sense of true self-worth is the generally unseen and unconscious catalyst for so many of humanity’s self-destructive behaviours.

I’m gently drawn out of my meditation by the alluring aroma of cooking bacon wafting towards me from the kitchen on the slope below me. It’s breakfast time and my friend Soma has been hard at work creating a morning feast. Before surrendering myself to the pleasure of good company and delicious food, I cast my mind once more to my sadness regarding the state of humanity at this time. I trust that as I meet the circumstances in my life with love and understanding and stay awake to the signs of stirring gremlins that are still lurking in my internal shadows and catch them before they catch me, I will release a blessing into the morphic field of human mass-consciousness. In that way, each time it becomes just a tiny bit easier for someone else to do the same.

So, on to breakfast. Oh boy, fried eggs and bacon – just how I like it! Life is good!! 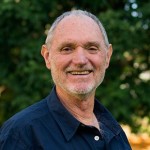 ← Shambhala is Within
On a Day when the Wind is Perfect →