When I was a child, like many of my peers I enjoyed TV programs about animals such as Lassie, Mr. Ed, and Rin Tin Tin. As I grew older I took note of the endless parade of other animal stars from Flipper and Cheetah to the animated celebrities like Bambi, Mickey Mouse, and Nemo.

Interspersed with these endearing anthropomorphized animals were “real” media animals such as those depicted in the famous documentaries Winged Migration and March of the Penguins. Additionally, I became exposed to the long list of mediated “faux animals” like schmoos, smurfs, and minions, not to mention re-imagined species such as the dinosaurs of Jurassic Park and a wide range of beasts introduced via science fiction and horror films.

From a spiritual standpoint, what has intrigued me is how easily the more idyllic four legged, two winged, and multi-finned characters could open the hearts of audiences, especially of children. Many of these “real” animals have taught us about unconditional love, unwavering loyalty, and self-sacrifice.

The most recent of these real animal heroes to be brought to screen is the Marine Corps German shepherd named Rex, who was paired with Marine Corps lance corporal Megan Leavey at Camp Pendleton (California) in 2003. Leavey learned to be a dog-handler and served with Rex in Fallujah (2005) and Ramadi (2006) during the U.S. war with Iraq.  Throughout the feature film, Megan Leavey, audiences learn to admire both the military dogs who save numerous lives (by sniffing for hidden explosives) and their trainers who constantly face grave danger walking through dangerous mine fields while under attack.

Although one is often moved by such films due to the animal’s exceptional heroism, what seems even deeper is that the canine (or dolphin, cat, horse, or whatever) teaches the human being about love and about regaining primal spirituality. Usually in the “animal bonding” plots, the primary human characters have been wounded or alienated and thus they have difficulty with trust, with relationships, and with living with themselves. It is often the animal who models unconditional giving and loyalty to their human partner such that the wounded human learns to trust first their “pet” and then eventually to trust other humans and life itself.

In Megan Leavey the disheartened and aloof central character is told “think about what Rex taught you about love.” Although the affection between dog (Rex) and human (Megan) is 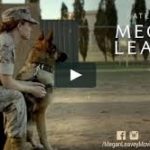 reciprocated, it is indeed Rex the dog who gives unselfishly and which saves the lives of numerous humans by risking his own.

Although Rex initially has anger issues, the audience is willing to forgive these in light of the damage done to the psyche of military animals. After all they have been trained by soldiers and often within the atmosphere of war.

Ultimately, the audience is reminded that many pets and other animals live in a state of “primal spirituality.” They serve without desire for reward and express an innocence and nobility seldom found in their “masters’ personalities.  Whether it is dolphins who rescue unknown sailors at sea, or horses who return their wounded riders to a safe destination, or rescue dogs who risk everything to pull lost skiers from avalanche drifts, audiences are reminded that the greatest courage of all is often expressed by our speechless companions.

It is precisely because animals are speechless that we need media which intercedes and advocates for them. I have heard scientists say that every seven seconds another species disappears on the earth. So whether the seven seconds is accurate or not, these vanishing species certainly need a voice – one which reminds us of the invaluable integrity and importance of animals and one which will present their endangered perspective rather than simply showing the cute, cuddly side of our domesticated friends. 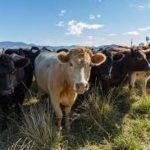 Films like Cowspiracy and Food Inc. help us better appreciate the plight of edible animals while Gore’s, An Inconvenient Sequel and DiCaprio’s Before the Flood help us better understand the mutual fate all species, including humanity, share.  From that standpoint it is essential to support media that educate us about the viewpoint and likely fate of all species.

Films like Megan Leavey help to sensitize human beings to the value, intelligence, character, and heroism of spiritual beings who come in four-legged containers. We humans have no monopoly on spirituality and indeed, from the perspective of other species, we humans are the problem species, the only one which is eliminating all the others.

Moreover, fact-based biopics about courageous animals at risk motivate us to better understand them and take actions on their behalf. Such scripts also remind us of what we are all capable of to the extent we can shed our programming and two-legged pseudo-sophistication. We are reminded that we are all here to serve others, to express loyalty to a higher purpose, and to teach others how to open their hearts by opening our own. Rex does this successfully in Megan Leavey and many animals do this successfully in our lives.

We are often cautioned that the human race must be careful not to stoop to the level of becoming “animals” in a “dog-eat-dog” world. But given how far humans have fallen already, it is more likely that we must rise to the level of those animals who give unconditional love and loyalty.

In that light, it is important for all of us to see role models such as Rex frequently on our screens. For while it was Megan Leavey who deservedly earned a Purple Heart, it was Rex who most revealed a golden one.

DR. TOM COOPER is currently guest scholar at the East-West Center, University of Hawaii, Stanford and Berkeley and professor at Emerson College (Boston).  Musician, black belt, and playwright, he has written eight books and two hundred published articles, been advisor to the Elders Project (with Nelson Mandela, Kofi Annan, Jimmy Carter and others),  co-nominated for the Nobel Peace Prize, and is co-publisher of MEDIA ETHICS magazine.

← The Inspiration List
You are the Medium That Matters →