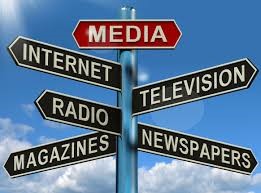 In recent years one has heard the media blamed for everything from excessive violence, foul language and sex available to children and to the ruining of elections, reputations, and the truth itself. But is the media at fault? Or is it rather the default state of human beings to dig for dirt, amplify gossip and promote our own subjective world views?

What if you woke up one morning, checked out the news and a totally different report was on your screen? What if the lead story proclaimed that, “Today one billion blades of grass, two million stars, and one million babies were born.” What if the news then continued to list amazing achievements not only by human beings but by animals, insects, and the universe itself–all magically transpiring since yesterday’s news.

We tend to accept that the default status of media emphasis will be “slash, flash, crash and trash…for cash.”   But what if we encouraged producers, directors, writers, editors, journalists, and audiences alike to pursue and emphasize the inspiring, the noble, and the hyper-creative?  What if we were not so anthropocentric and included the news of the galaxies and dolphins, of the rainbows and rivers? What if our award systems, promotion departments, and box office successes all pointed toward our more elevated Selves, rather than our animalistic brutality and coarse instincts?

You may argue that such attempts at positive media would likely lose money, subscribers and ratings. And yet, I’d like to draw your attention to some creative exceptions, most of which are available on-line and some of which are currently in production.

Who hasn’t heard of Oprah and Dr. Phil?  Whatever your view of their complete series, many of their episodes inspired millions of viewers to look up, take responsibility, experience healing and change their lives for the better. Check out TV programs like the drama, Touched by an Angel and the broadcast services of Joel Olsteen which are also uplifting to viewers worldwide.

For over thirty years David Freudberg in New England has been creating radio programs aired on NPR about people who make a difference. For many years David Smith in Cincinnati produced WGNN, the World Good News Network which featured positive stories about creative catalysts of change worldwide.

How about Chris Conangla, who hosted Neighbor for Neighbor, a pro-social news segment on WBZ-TV in Boston and was then aired in larger markets? Or what about Robin Goodrow’s successful puppetry for children aired on KRON in San Francisco?  Many of these programs were innovative and award-winning humane narratives which raised our standards.

Then there are the long lists of creative media which this blog , “Media That Matters,”  has already featured–films such as A United Kingdom,  Gandhi, The Letters,  Camelot,  Chariots of Fire, Race, Eddie the Eagle, A Day in the Country, Pas de Deux, H2O, Panta Rhei, Man of La Mancha, Life is Beautiful, and Father Sun, Sister Moon, and many more.

And what of the literally thousands of songs and symphonies we experience through the media which light up human lives? Whether it is ballet, rock, musical theater, rap, jazz, modern dance, classical, a cappella, or film sound tracks, there are songs and scores which elevate and crack open the heart. No matter whether the music is heard via broadcast radio, I-Tunes, headsets, CDs, Mp3s, satellite radio, or soundtracks for TV and film, we can be transported to a more heavenly atmosphere just by listening to media that matter.

So the question is not whether the media is at fault but rather what type of media we create and support? Where do I place my attention? There are literally thousands of websites, songs, films, programs, articles, books, blogs, etc., which I can ingest and share which light up human lives. And there are just as many, if not more, which can take you down into a world of worry, nightmares and depression about the world condition.

A few years ago I wrote a book called Fast Media/Media Fast in which I discussed our ability to create our own “cultural nutrition.”  Just as we decide what to eat and drink to be healthy, we can create our own playlists and personal media mix to stay mentally and emotionally balanced as well. If my default consumption pattern is nothing but horror movies, world tragedies, soap operas, losing sports teams, and tabloid news then the odds are I will carry a dark cloud in consciousness. Such cultural malnutrition not only can take me down but also subconsciously transmitted to those around me.

The great writer Norman Cousins seemed intuitively aware of “cultural nutrition” when he came down with a crippling disease.  If you’d like to read an inspiring book, read Cousins’ Anatomy of an Illness about how he checked himself out of the hospital after his health did not improve.  Cousins began to treat his own illness with mega doses of Vitamin C and with endless episodes of the TV program Candid Camera. The famous essayist found that the endless laughter produced by watching a hilarious program (still available via YouTube, etc.) provided greater healing in his case than any medical approaches.

Although I am not advocating Cousins’ cure for every condition, I am recommending that we can each take conscious responsibility for our media input and output. Each can have an enormous influence on our heart and health and those we serve. One does not have to be sentenced to a life of imbibing what the average American consumes–over four years of TV advertising alone in a lifetime. Instead, we can each make conscious choices and self-diagnose the best media “dosages,” content and consumption rhythms that allow us to heal ourselves and others.

When you change the default switch, it becomes harder to scapegoat all that is out there, including the “alternative facts” of electronic media.  Ultimately, I create media choices by 1) what I decide to consume and 2) what I choose to create. What is out there is a reflection of my own consciousness so why not be conscious in my choices about media dieting, fasting, and feasting?

Why overdose on media junk food when there is so much electronic health food available? My awareness of my own primal spirituality depends not only upon an open heart and mind but also upon clear vision and pure consciousness. After all, we human beings are the medium upon which all other media depend.