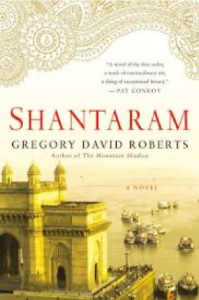 I once taught a course entitled “What is a Masterpiece?” at Harvard. One answer was “a work which successfully and comprehensively creates an engaging world of its own.” Enter Shantaram. Another feature of a time-honored masterpiece is that it is populated by compelling characters you would want to meet or observe in the real world. Once again, Shantaram.

If you are fascinated by cats because they have nine lives, you will want to meet “Lin,” the hero of Shantaram. If you are seduced by love story plots that are impossible to predict, welcome to Shantaram.

When I read Gregory Roberts’ best-seller, I desperately wanted to Google all the characters to see which ones were real and what they looked like. My wife, who devoured the book, searched the Internet for the characters since any fan knows that wanting to see Lin, Prabaker, Karla, Lisa, Didier, and Madame Cho becomes an addiction. Now it will become possible to see them all incessantly on screens of all sizes since Shantaram is in development to become a Television Series on Apple TV+.

It seems impossible to see the hidden mysteries of India and Afghanistan without great danger, expense, and risk. And yet Shantaram makes you into a first-class voyeur. The work is all major genres in one—mystery, autobiography, action-adventure, tragic comedy, and romance. It is even laced with physics, cosmology, and especially ethics since Lin pursues not only his leading lady but also the true nature of justice and ultimately the meaning of life.

And that is why I am writing about this great book long after it first became a best-seller. Unlike the Tao, Bible, Koran, Bhagavad Gita, and so many other books which can be one’s guide for life, and unlike the more recent “soft religion” or spirituality texts by Williamson, Dyer, Chopra, and others espoused by New Age and “alternative” gurus, Shantaram seems at first to be anything but a work about integrity and Divine depth.

It is, after all, a novel with fictional characters, and yet they are based upon real lives. The protagonist is a former bank robber, heroin addict, and escaped convict who joins the Bombay mafia, and yet after his ongoing transformation, he may be among the most spiritual and ethical people you will ever meet. Shantaram seems to be about a modern-day odyssey through the slums of India and tribal war zones of Afghanistan, and yet it is about our neighborhood—the one populated by homo sapiens—and it is about the need to awaken and about life itself. 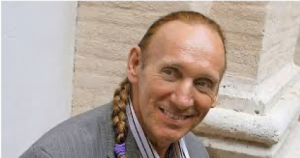 The book is almost 1,000 pages! And the audiobook takes over 40 hours to listen to. So one can only imagine the length of the upcoming television series with Charlie Hunnam in the lead in the visualization of Shantaram. Johnny Depp and other celebrities have been at the forefront of embracing a book-to-movie conversion. So the visualization of Shantaram should be both epic and Hollywood gourmet.

A commitment to read or see it is more like a marriage than a date—you could go on two honeymoons in the time it takes to fully absorb it. For a month or two of your life, it saturates your thinking and perhaps your choices. And yet, it is worth it. The author, Greg Roberts, who has become a spiritual visionary in his own way, has committed his life to vertical art and meaningful social change. And his life partner, who wishes to remain virtually anonymous, is also a spiritual benefactor, thinker, and donor, who seeks to take Shantaram to the next mediated level.

If by chance I am preaching to the choir because you have already read the book, you’ll be happy to know that there is a sequel called The Mountain Shadow which is even longer! Both books have received outstanding reviews as literature, drama, and in-depth engagement.

But that is not why I am including Shantaram in my blog, Media that Matters. While Roberts laces his works with philosophy and spiritual insights, he has demonstrated that a transformational lighthouse does not have to be a work of theology or channeled revelation. It can be a novel which is itself novel in that it seems first to be about one life and then somehow becomes about Life itself.

Even the name Shantaram has spiritual significance. It means man of peace and as time progresses, the character’s name changes from Lin to Lin-baba. Baba is an affectionate suffix in India which is also charged with Light.  Still one cannot judge a book by (the name on) its cover. That cover must be opened to reveal a galaxy of characters who debate and reveal—to varying degrees—the nature of character itself. Ladies and gentlemen, I present Shantaram.