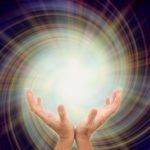 Almost all professional media critics and pundits put out a top 10 or top 100 list of the best films, TV programs, albums, websites, or books of the year. I note that many people question these lists, especially since some choices may seem highly subjective. Indeed many lists have been controversial since we humans seldom agree upon standards about what “best” or “top” means.

However, the lists do serve the purpose of calling our attention to creative works we might otherwise miss. And some lists prompt us to think about which media truly topped our own list, perhaps a list we’d like to share with our friends. We often make such a list informally when we say, “Did you see …?” or “you must listen to ….!”. Over the year we create our list by promoting our favorites without realizing it.

What if someone created a different type of listing such as, “the most inspiring” or “the most spiritual” media of all time? Or, what if the list were more modestly identified as  “media that matter” or “media that elevate” so they are not tied to the notion that I am somehow uniquely qualified to determine what is best, nor caught up in the  comparison game.

Throughout the year, I’ve given readers examples of works in different media that I and close friends of mine have found uplifting. In this blog I have called them Media which Matter. So, I’d like to compile a list that includes some of these in case you or your friends are looking for the opposite of a bucket list. The inspiration list I’ve compiled is not tied to something to do before you eventually die, like a bucket list does, but rather to enrich your very reason for living.

In the lists below I’ll also add some other “elevators,” (media which “take you up”) and “beacons,” (media which show the way forward) that I’ve not yet mentioned in case you are looking for fresh inspiration and vision. When people are laid up in a hospital for weeks due to an injury or they go on vacation or have a date night with a partner, they often ask, “What can I (or we) screen, hear or read which might be a meaningful use of time?” Here are some all time classics mixed with more recent high-beamers which may be of interest to you, to your family and friends. No list is ever complete so please feel free to share the titles of works that you would recommend as escalators for the soul. 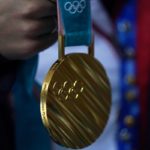 Chariots of Fire (Eric Liddle/others at the Olympics)

Cosmic Zoom (where we fit in the universe)

Gandhi (biography of the Mahatma)

Life is Beautiful (shining the light during the holocaust)

Race (Jesse Owens at the Olympics)

Beauty and the Beast

BOOKS OF PRIMAL SPIRITUALITY AND MOTIVATION 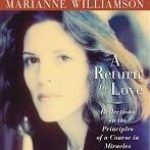 A Return to Love: Reflections on the Principles of A Course in Miracles (Marianne Williamson)

As of a Trumpet (Martin Exeter)

Change Your Thoughts—Change Your Life: Living the Wisdom of the Tao (Wayne Dyer)

Conversations with God I, II, and III (Neale Donald Walsch)

Seven Steps to the Temple of Light (Uranda)

In previous blogs, I have also listed music, photographs, websites and other media that matter. And yet, if you are stranded on a dessert island someday, if you bring along only what is above, to my modest view you will be discovering life’s secrets and reconnecting with your/our primal spirituality.

Naturally, I’m interested in your own list and in compiling inventories of catalysts which serve as can-openers to the heart. None of these lists or titles have meaning except as they open us up. Then it is what comes forth which matters most.

Books, plays, and movies are just a sign pointing to the main event–YOU! You are the medium that most matters. Our primal spirituality comes from a medium far larger than has ever been projected onto a screen or captured in print.  Vive le true medium–the light that you are and that powers the universe.