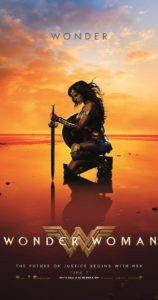 What if I told you that the feminine icon for Primal Spirituality is not Mother Theresa, not the Virgin Mary, and not even Marianne Williamson? You’d probably say, “What?” Well, with all due appreciation for Marianne, Mary, and Theresa, I want to advance for your consideration the Hollywood reinvention of  Wonder Woman as portrayed by Gal Gadot as the new Queen of primal spirituality.

Think about it. In the summer feature epic adventure, Wonder Woman is raised in a pristine Edenic feminine surround where her innocence and sense of the sacred are fully protected. She epitomizes the unbroken primal bond. Her sense of mission is always vertical in seeking to restore a world in which the creative gods rule and the god of destruction—Aries—is dissolved. Her actions are propelled by the largest sense of purpose and never side-tracked by addiction, hobbies, material goods, nor relationships.

Although due to her sheltered upbringing, Wonder Woman seems overly naïve and virginal by human standards, she nevertheless brings a higher wisdom uncompromised by fear, angst, and ego. In the face of sophisticated British parliamentary politics and camouflaged motivations, she cuts right through the Gordian knot of human complexities and immediately pursues only that which will restore a just, sane, and safe society.

I’m not suggesting that Wonder Woman, nor any other super-hero, become an absolute role model for children. After all, her passion for justice is so strong that she ignores human laws, abandons family, and sets aside no time to “smell the roses.” She is, after all, a stereotype—an action figure characterized as much by physical prowess as by mental, emotional, and spiritual courage. And yet, beneath the caricature is a moral exemplar for fully liberated womanhood unfettered by arbitrary patriarchy, cynicism, and bureaucracy.

Nor does she wish to abandon that which is primal—that is, that which is instinctive and primary—in her motivation. So, as super-heroes go, Wonder Woman is as wholesome, as genuine, and as focused as they get. Nor does the casting of the Israeli model/actress, Gal Gadot take away from the expectations that a Lynda Carter look-alike must resurrect through the role. Gadot brings a freshness, effectiveness and fearlessness which makes you wish that she was your neighbor, a police chief, and president all rolled into one. 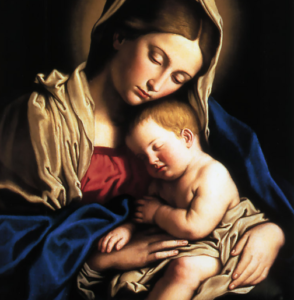 To be sure many will call for a softer, gentler, more meditative icon in their image of “divine woman” rather than an Amazon-trained warrior. And that is where our images of the Virgin Mary, Mother Theresa, Marianne Williamson and numerous others, arise. There are thousands of faces of “Mother God,” just as there are of “Father God,” and each is only one aspect of the Divine. All are needed to populate a community of angels on earth. Clearly there are more holistic, multi-dimensional, refined images of God than any one mythic, super-human can bring to light.

Still, we are talking about media that matter and considering how you will choose to spend your hard-earned twenty dollar bill at the movies on a Friday night. If you are tired of the same old images of constrained women wearing habits and burkas as our role models for spirituality and if you like what you see in the courage of Hillary Clinton, Angela Merkle, and Theresa May as political role models for aspiring young women—and yet you note that the world is becoming more violent, fragmented, and parched despite women’s leadership, and you are tired of all the women and men who know all the right spiritual clichés but who do nothing to change the world—then vote for Wonder Woman by heading to your local theater and bring the whole family.

Wonder Woman may ultimately be celluloid and thus “fake” but she ignites something real, true, primal and spirited in all of us.

One Response to Wonder Woman as the Queen of Primal Spirituality?