Throughout the two dozen “Media That Matter” blogs that have been published over the past two years, I have written about the media that we consume. But what about the media that we create? Although I have sought to point toward literally dozens of examples of elevating media in most formats, these are all films, songs, photos, programs, websites, etc., made by other people. What if we switch our mode of action from the consumer to the creator? 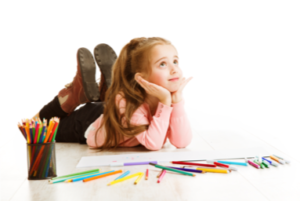 Perhaps as a child or later in life you wished to be an actor, singer, film-maker, dancer, photographer, poet, sculptor, painter, or song-writer? What’s stopping you? What’s stopping me? A friend of mine used to say “don’t die with your music still in you” and I know she is right. What’s keeping us from creating media that matter?

People used to complain that it was too expensive to become a film-maker. But today you can create films on your cell phone or on inexpensive cameras. Now there are technologies by which you can shoot and reshoot without wasting “film” and time on lab costs and delays.

Another excuse that is often given is, “I’m too old–you can’t teach an old dog new tricks.” But George Bernard Shaw said he wrote his best plays after he turned seventy. Both classical cellist Pablo Casals and blues guitarist B.B. King were transformed into much younger men when they performed in their eighties. Conversely, one might claim that he is too young to make anything significant. But that never stopped the teen-agers Lennon, McCartney, Harrison and Starr, nor the five year old touring prodigy named Mozart.

In short, you and I can create inspirational, consciousness-raising and educational media at any age if we are passionate about doing so. And there is something very healthy, indeed nourishing, about letting our voices be heard in new and creative ways.

What would you like written on your tombstone: “Screened Friday the 13th parts 1-28, fifty times” or, “saved lives” or, “was a caring parent” or, “created works of inspiration?” For most of us the choice is clear cut–and yet that does not prevent us from becoming addicted to over nine hours of media consumption per day per person in the United States alone. It becomes impossible to hear myself think if my head is swimming with electronic programming created by others. Who am I beneath that programming? 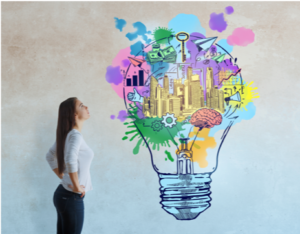 We can transmit ourselves by virtue of the fields of radiance which surround, yet also include us. We can be emissions of divine light.

That is the true calling in media, to be a medium of light who broadcasts creativity, divine uplift, and motivates people to believe in themselves. In that sense, we are the true media. We are born to be creators and not just consumers, the real, the new, and the true media.

DR. TOM COOPER is currently guest scholar at the East-West Center, University of Hawaii, Stanford and Berkeley and professor at Emerson College (Boston).  Musician, black belt, and playwright, he has written eight books and two hundred published articles, been advisor to the Elders Project (with Nelson Mandela, Kofi Annan, Jimmy Carter and others),  co-nominated for the Nobel Peace Prize, and is co-publisher of MEDIA ETHICS magazine.

← Media Animals Who Matter
Media for Children of all Ages: Won’t You Be My Neighbor? →