The education program of Emissaries of Divine Light began in 1932. After a period of spiritual questioning and searching, Lloyd Arthur Meeker experienced a spiritual awakening and clarity of purpose that led him to realize that he was the one he had been searching for.

Lloyd Arthur Meeker established Emissaries of Divine Light and during the thirties and early forties traveled throughout the United States and Canada, offering inspired spiritual teachings, speaking and writing under the penname Uranda. Printed talks and lessons were sent to an extensive mailing list, and in 1936 he published his seven-week meditation guide, Seven Steps to the Temple of Light, as well as his first correspondence course, Steps to Mastership. 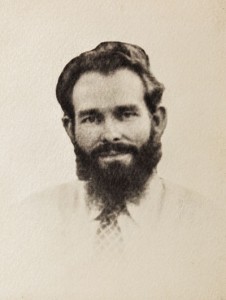 Uranda was a spiritual pioneer who taught universal principles associated with love, truth and life; and he promoted practical spirituality, a way of living in accordance with those teachings, in alignment with the invisible source of life.

In 1945, Uranda purchased a deserted farm in Loveland, Colorado, which became the headquarters for The Emissaries and was named Sunrise Ranch. This began the realization of Uranda’s dream to create a place where inspired and committed people would live and work together, aligned with the spiritual truths that he had been teaching. It was an opportunity to experience and exemplify the living of a creative life in harmonic relationship with the natural world, and with others who were learning and growing together, each one offering unique gifts in an expression of their own divine nature.

Uranda taught classes at Sunrise Ranch that encouraged students to open to the power within themselves. Spiritual teachings were offered, along with the opportunity to live and work at Sunrise Ranch and apply those teachings while living with others who had chosen a path of awakening and transformation. Work-study programs continued over the years and are still offered today, such as the Full Self Emergence program. Uranda’s teachings were captured in recordings and transcripts, published in books and pamphlets, and are still used today in classes and seminars. 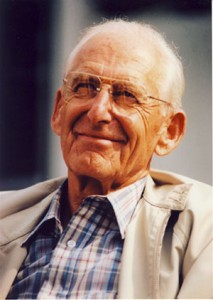 Martin Cecil, a British lord who owned a ranching operation in the Cariboo Country of British Columbia, Canada, discovered and resonated with Uranda’s teachings in 1939 and was soon playing a key role in the Emissary program. In 1948 he established an Emissary community and Canadian headquarters at 100 Mile House, British Columbia. After Uranda’s death in a plane crash in 1954, Martin assumed responsibility for the leadership of Emissaries of Divine Light.

He came to be known and loved as a strong visionary leader, and for over 30 years he stewarded the extensive growth and development of the Emissary program. Martin traveled extensively, speaking and offering spiritual classes, and his talks were transcribed and circulated around the world. In the 1980s, he published 18 volumes of his own writing and the writings of Uranda under the title The Third Sacred School, and published several other books during his lifetime.

The legacy Uranda began, and Martin continued, has been carried forward by many other Emissaries who have shared spiritual teachings, insights and inspiration over the years in a variety of places throughout the globe. In the 1990s, Emissaries of Divine Light developed new courses for personal development and spiritual transformation, such as the courses now known as The Deepening and The Art of Living.

Recently, additional programs have been offered that are particularly relevant today, including Practical Spirituality: An Operator’s Guide to Being Human, the Leadership Program, and From a High Place. The Pulse of Spirit, a weekly e-mail message that provides vision and understanding relevant to the evolution of consciousness, has been circulated since 2005. Emissaries continue to meet regularly in person, via teleconference and live streaming, as well as at Emissary classes and seminars throughout the year.

A group of International Trustees assumed leadership of the Emissaries in the mid-1990s. One of the Trustees, David Karchere, became the Spiritual Director of Emissaries of Divine Light in 2004, and he continues to provide primary leadership for the organization. David has participated in the Emissary program since 1970, when he was 17 years old. As a gifted writer, poet, musician, speaker and teacher, he promotes the exploration of new levels of consciousness, teaches spirituality beyond religion, and inspires people to live as an expression of the Divine Beings that they are. David works extensively with other leaders and teachers across the globe, together creating a new field of consciousness that is changing the world.

The International Trustees include Cliffe Connor, David Karchere, Jane Anetrini, Phil Richardson, Maureen Waller, Hugh Duff and Ruth Buckingham. Each of the Trustees is a powerful, inspirational leader and teacher in their own right, facilitating spiritual awakening, personal transformation and the evolution of consciousness. The Trustees provide vision and direction for all Emissary programs. In 2009, the Trustees initiated The Creative Field Project to create an expanding field of love and enlightened awareness. The Project at that time included participants from the US, Canada, South Africa, Cameroon, the United Kingdom and Australia. The Emissaries began publishing the Journal of the Creative Field newsletter in 2010 and The Quarterly, a newsletter for members of the Emissaries, in 2011.