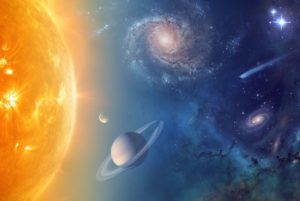 If we expand our perspective and see that the Earth is a part of a larger picture, we see another central point called the sun. The sun holds another easily observable power of influence over all the planets within its solar system. Here gravity creates an orbital effect rather than the perception of mass and weight.

As the picture expands even further, we can see that our solar system is one of many within something called a galaxy. Again, here is another central point which has a power of influence over the systems in its domain. This happens on a much larger scale over a longer period of time, so the effects are slower and more subtle. These cycles are known as eras, ages or yugas.

Even further out, we can see that there are many galaxies within the universe on orbital paths of motion around central points. One can only imagine that this phenomenon continues ad infinitum. It’s not only observable as we look outward and upward as beings on a planet. We can also magnify inward and see this truth as easily as we can it when we expand outward.

There are entire universes of activity and motion happening right here within our very own bodies. The brain acts a central point of command that holds an influence of 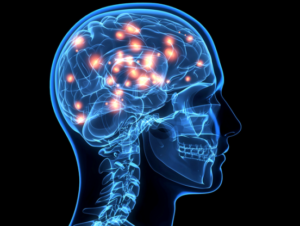 power over the entire body. It has other generals that acts as central points for other systems of the body. The central nervous system, the endocrine glands and all of the major organs hold a central point of focus for everything else that is responding to its power of influence. These are their areas of responsibility.

As humans, we play out this same design in our societal structures—from corporations to government, to military and religion—it’s all the same. Systems of central points which hold a power of influence over a field and that are also held within a greater field, which has a power of influence over them. We seek to rise up within these structures in order to experience a greater sense of power and influence from the positions entwined within the structure. The problem is that the sense of power gained from a structure is dependent upon the structure. All too often, we source our sense of power from outer forms and structures, including relationships with others. 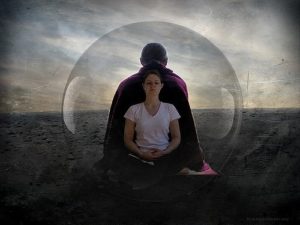 Our own personal sense of power of influence has to come from an inner source. Outer sources are as subject to change as is life and all the forms of life. We may feel powerful or powerless depending upon the situation and all of its factors. Luckily for us, there is a way of moving in the world that sources our sense of power directly from our sense of self, needing no intermediary or special circumstances. It comes from the core of knowing self and is able to be experienced on many different levels—from personality to divinity, all of it exists within each of us.

Find your own center space for your life to revolve around and exist there consciously, exerting your power of influence. It is natural to do so and as you do, the sphere of influence you are responsible for will grow. This inner space of center is the place where both confidence and faith come from. It is the ground of the path to Mastery and the expression of the life of a Creator.

Gary Goodhue is a student and teacher of consciousness and creation. He focuses on bringing deep principles of Truth and Love into practical, every day application. The results are increased presence, clarity, peace, focus and power.