Over the last couple of weeks, many of us here at Sunrise Ranch have been exploring the deeper meaning of the virtue of courage. For those of us who have an interest in making a difference in the world, courage is a critical component in the way we live our lives. 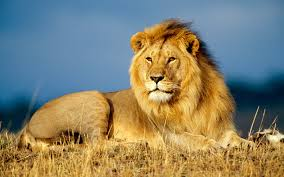 CS Lewis, the British novelist, poet and academic said this about courage:

“Courage is not simply one of the virtues but the form of every virtue at the testing point.”

To put it differently, courage is required when any virtue is to be fully embodied. In the world the way it is, with so many mediocre standards being settled for, all too often anyone who does have the inclination to express and model integrity in their lives is seen as being threatening by those with lesser values and often find themselves under threat as a result. This is often all too apparent in the fraught area of politics.

In our deliberations here, we have come to realise that courage is far more than the relatively limited examples afforded us through the stories of bravery that we might have heard or read, as inspiring as many of those are. In a recent blog post, David Whyte, the English poet, had this to say:

Courage is a word that tempts us to think outwardly, to run bravely against opposing fire, to do something under besieging circumstance, and perhaps, above all, to be seen to do it in public, to show courage; to be celebrated in story, rewarded with medals, given the accolade, but a look at its linguistic origins leads us in a more interior direction and toward its original template, the old Norman French, Coeur, or heart.

Courage is the measure of our heartfelt participation with life, with another, with a community, a work, a future. To be courageous, is not necessarily to go anywhere or do anything except to make conscious those things we already feel deeply and then to live through the unending vulnerabilities of those consequences. To be courageous is to seat our feelings deeply in the body and in the world: to live up to and into the necessities of relationships that often already exist, with things we find we already care deeply about: with a person, a future, a possibility in society, or with an unknown that begs us on and always has begged us on. Whether we stay or whether we go – to be courageous is to stay close to the way we are made.

There is clearly much need at this juncture in the unfolding history of humanity, for those ones who have strength of character and transcendent inspiration, to be in the world in ways that are both unflinching and wise. Courage is cultivated and expanded in oneself when steps are deliberately taken into the unfamiliar and untested opportunities that present themselves, the courage to think differently, to feel differently, to act differently and to be differently in our worlds. Upon these abilities showing up in enough people does the future of our species hang!

← Cycles within Cycles
Protect and Encourage →