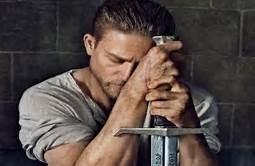 Have you seen the latest feature film about King Arthur, King Arthur: Legend of the Sword, by Guy Ritchie? There is so much violence and destruction in the feature that it sometimes resembles a video game. Ironically, the “round table” vision of Arthur was to create a more civil society and reduce violence, not to increase it exponentially.

Since Primal Spirituality founder and leader, David Karchere, is about to take numerous friends on a tour of the legendary sites of the Arthurian lore, I thought it would be good to ask, “What is the best King Arthur film of all time?” To be sure there are many from which to choose that have been produced over several decades, and there are also related films such as Mists of Avalon, which provide a somewhat different perspective.

Possibly, to your surprise, I want to recommend the Lerner and Lowe musical, Camelot, as the best of Arthur, a film that is available on DVD, or through Netflix, library collections, and even replayed on classic TV channels. If you prefer the live, theater version, Camelot is also staged in literally thousands of high schools, colleges, and community theaters each year and more occasionally in urban theater revivals. 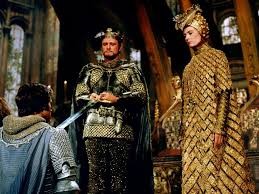 Nominated for five Academy Awards (and the winner of three), the film features Richard Harris (Arthur) who also won best actor in the Golden Globes. If you like virtuoso villains, David Hemmings was spell-binding as Mordred, and golden pedigree actress Vanessa Redgrave aced the role of Arthur’s queen, Guinevere. Laurence Naismith as Merlyn, Franco Nero as Lancelot, and Lionel Jeffries as King Pellinore, completed a gourmet cluster of leads hailed by the critics.

Written by the same Lerner who co-authored the musical and based upon T. H. White’s book, The Once and Future King, the epic extravaganza (three hours!) featured award winning songs such as If Ever I Would Leave You, Camelot, What do the Simple Folk Do, C’est Moi, The Seven Deadly Virtues, and How to Handle a Woman. It proved impossible for audiences to exit the theater without singing at least one of these memorable, if not addictive, melodies.

But why choose a musical as the best film about Arthur? After all musicals are notoriously unconcerned with the specificity of history. And they often overly romanticize the characters who emerge mid-thought into anachronistic songs?

Well, with the Arthurian legends, it is hard to know which, if any, are historically accurate in the first place. And being romanticized is part of the very nature of the legendry. Audiences expect great poetic license and non sequitur songs in musicals, so I would proffer that Camelot is more than a strong contender for “best movie about Arthur.” 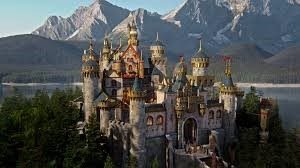 But it is not simply because the film is well crafted and remarkably elevating that I offer it for your consideration. At the core of the Arthur legend are lessons of primal spirituality about leadership, character and a vertically transformed society, which are well preserved and advocated in Camelot. Moreover many of the ancient legends are re-imagined in novel, comic ways which engage, provoke and penetrate long-term memory. The humor is seldom for its own sake but is often an insightful wit which drives home a point about Arthur’s, Merlyn’s, or Lancelot’s vision, each of which take us higher. Only King Pellinore is caricatured for sheer comic relief.

To be sure, Camelot had to deal with the betrayal and vengeance which eventually toppled Arthur’s round table. Indeed there is no happily-ever-after ending. Still, the violence is largely off-stage and Arthur epitomizes nobility even to the end. In this telling of the tale he summons us, if only by example, to fulfill our higher purpose no matter what the personal cost. Primal spirituality is saluted when integrity, a commitment to world service and oneness of vision are elevated far above more self-seeking values.

Because Camelot chose to stay true to the theatrical musical, it was one of those rare movies which featured an intermission. At the end of Act I, just before the crowds ran out for popcorn and candy, Arthur raised his magical sword saluting Excalibur. By the end of Act II, you will likely be raising your glass and saluting Arthur. Ho, Camelot.