Although some may tend to think of “media which matter” as the latest movie releases, websites, TV shows, and musical hits, one medium which perpetually inspires millions is the theatrical musical. Many of these have been made into movies and have a third life on TV and fourth life on-line. 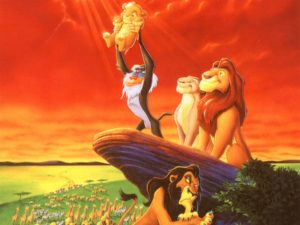 Almost all of the great classic musicals are “made new” each year via revivals, community and summer stock productions, and probably your neighboring college and high
school. Indeed, more people are likely seeing new productions of Sound of Music, Camelot, The Lion King, Oklahoma, South Pacific, My Fair Lady, Beauty and the Beast, Mary Poppins, Carousel, The Fantasticks, etc. Of course, more recent top musicals such as Hamilton, Wicked, and Kinky Boots have stolen the limelight in this decade, and with good reason. Nevertheless, the gross size of audiences for the musical “classics,” which seem to run eternally, far outnumber the scale outreach of recent hits.

Why? All of these shows, old and new, are enjoyable and inspiring. If you like this mode of entertainment, I recommend all of them. But there is something far more significant than “entertainment” at the core of what I call the classical “heart newtopian” musical. By “heart newtopian” I mean that the musical is intended to connect with you at a heart level and take you to a new “utopia” (hence “newtopian”) or ideal community where you have never been.

Have you ever noticed that Camelot, Brigadoon, South Pacific, and many other musicals transport you to a “magical” place where the rules of our ordinary life seem to be suspended? These imaginary societies are often a semi-utopian community where primal (original, primary) spirituality is experienced.

Frank Capra’s Lost Horizon, although not a musical, epitomizes this genre in which we enter a “perfect” society where people lead longer, healthier, more harmonious, and most 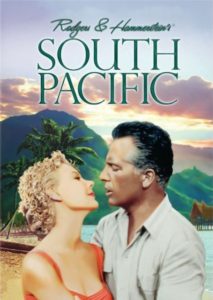 importantly, more genuinely spiritual lives. In Camelot, a new, more just social order is created; in Brigadoon, an enchanted village appears for one day every one hundred years, and in South Pacific and Lost Horizon, the remote, idyllic settings of Bali Hi or Shangri-La are projected.

Maybe you have noticed that even more “realistic” musicals which are set in actual locations such as Oklahoma, Man of La Mancha, and Sound of Music transport you to unusually aspirational worlds in which a U.S. territory is becoming a brand new state, a man lives out his dream on a “quest”, and a nun’s heavy world is liberated in a family where happy and non-stop singing soon occurs.

My sensing is that back of all these musicals, and others like them, there is a longing for real community and real home. Places like Bali Hai, Shangri La, and Brigadoon offer us a “back to the garden” (of Eden or some other primal paradise) substitute experience. In the absence of any actual “utopia”, these staged settings offer some distant semblance of what “Heaven” or “Valhalla” might be like.

To the best of human knowledge our societies and tribes have always had what Richard Heinberg calls “visions and memories of paradise.” “Newtopian” musicals give an indirect sensing of what that “return to paradise” might be like—if only in human terms.

At a deeper level it seems there is deep longing to restore humanity to an upright state of harmony. We seek our primal spirituality and are deeply moved when we sense that our true “home”, even if only caricatured in a 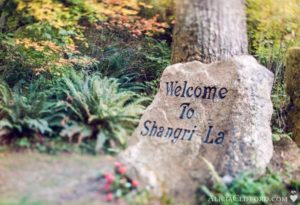 musical, is presented. Audiences seem magnetized, often with a carrier pigeon’s homing instinct—when a simulated vision of an original paradise actually touches a nerve or evokes a deep memory.

The closest I’ve come to finding Brigadoon, Shangri-La, Camelot, and Bali Hai on earth is a place called Sunrise Ranch in Colorado. It is a place where primal spirituality is a way of life and where the aspiration is to make the ideals of these musicals real—without the fairy tale elements of “once upon a time”.

So if you can make it to Sunrise Ranch, I highly recommend it (sunriseranch.org). If not, the movies, Shangri-La, Brigadoon, Camelot, La Mancha, and Bali Hai are all on Netflix and coming to a school or theater near you soon. And of course, the true “Newtopia” is within—we all have the capacity to bring heaven to earth with purification of the heart and returning to primal (first, original, primary) spirituality. There is no point in dying with our music(al) still in us!

← A U.S. Citizen’s Humble Plea
Thoughts for the New Year →