The story is told that a celebrity was asked to name her favorite language. She replied, “It depends. For romance I prefer French, for poetry Italian, for business English, and for secrecy I speak Swedish, since so few people understand it outside of Scandinavia.”

I have to give a similar reply when people ask me about my favorite film. If they mean the film that uplifts me most, I give one answer; if they mean one of the most creative films likely to inspire young film-makers, I give another reply; and if they mean a movie which is great for the whole family or the whole world, I might give yet another answer. 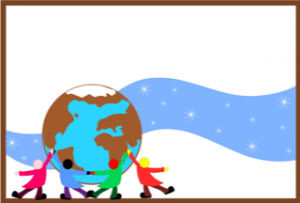 So in the context of this blog about media that matter, I have to give yet other answers. My favorite movie about changing the world is different than my favorite film about changing myself or about saving the planet or creating world peace. Alas, there are so many inventive films about important themes that it is hard to name just ten or twenty.

But let me make the attempt by introducing three films not yet discussed in this Media That Matter blog, three films which address primal spirituality goals in three different ways. And three films which I would definitely call my favorites in this context.

The first film is a European comedy by Philipe de Broca called King of Hearts (1967), starring Alan Bates and Genevieve Bujold. To my view, this film best addresses the absurd human condition and why it needs to change. The other two films, The Shift (2009) a feature film with Wayne Dyer and Portia de Rossi, best illustrates how change is made at an inner level while An Inconvenient Truth (with Al Gore by Davis Guggenheim) best articulates what we can do in an outer way to restore our planet.

Although The Shift is the most overtly spiritual, all three contribute to an understanding of both the degeneration of humanity and to the regeneration which is so necessary. I am not claiming they are the absolute best–after all, I’ve devoted over 30 blogs to many other titles of “media that matter.”  I’m simply saying that of all the “change the world” or “change yourself” films, these three are my personal favorites and I hope you will screen them if they seem up your alley.

King of Hearts is a hilarious comedy, love story, and satire all in one which also makes you think. Although some have dubbed it an anti-war film, I think a more positive way to say it is pro-peace. And yet, this feature is much larger in scope than just war and peace. DeBroca’s masterpiece is also about the relationship between sanity and insanity and whether we have let the inmates run the asylum worldwide. A current look inside the White House, Kremlin, and other political pinnacles reveals that this topic is quite relevant.

Using a lovable array of caricatures mixed with more realistic characters, King of Hearts charms you into an innocent state while asking what has happened to human identity and civilization, and it does so in a way that does not preach or teach. It is one of those few films I had to screen more than once to discover all that I was missing the first time. Since it is a 60’s film, it’s probably best found in Netflix type outlets or possibly at your local library.

Once we screen King of Hearts, we’ll have a fresh x-ray best revealing the broken parts of humanity, such that we can move on to the remedy and the treatment. To me, the remedy comes in two parts: First, personal awakening and change and second, personal and collective action in the service of planet earth. In simpler words, one might say the remedy comes through inner change followed by outer change. 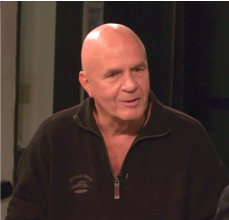 While there are many great, often short, films focusing upon many spiritual practices, communities, and teachings, The Shift starring Wayne Dyer, is to my view the most heart-opening feature length drama that reveals how inner shift happens. Although Dyer plays himself in the narrative, other well-known actors like Portia de Rossi, depict fictional people at various stages of (im)maturity who grow throughout the film.

An interesting subplot in The Shift depicts a media crew who come to make a film about Dyer. Over time their values are questioned and indeed they are transformed by the end of the film. So this is a film about a film and about Dyer reflecting upon Dyer. But we come to see in a gentle way that The Shift is also an audience-reflecting-upon-audience film and by the end we discover that the film is actually about us. It asks us if a shift is needed in our own lives and reveals the way to change without didacticism.

An Inconvenient Truth seems like the best known of these films since it won an Academy Award and because Al Gore’s climate change campaign is highly publicized. But I’m not sure the film’s inner meaning is truly known. To many it seems like a how-to film about saving the planet and in so much as that is true, I stand at the end of a very long line of people who commend Gore’s action plan. In that regard, one of the best parts of the film is the very long list of actions that each of us can take to bless and restore spaceship earth. 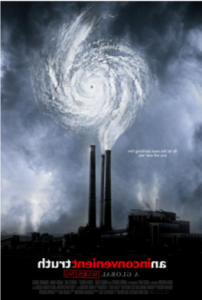 Moreover, unlike many environmental documentaries which dwell upon the problem, Gore models an aspect of the solution by his own walking-the-talk and provides innumerable practical actions one may take to make a difference. Indeed, he has devoted the recent decades of his life to creating a transformational movement worldwide devoted to sustainability.

But I think the film is about something far deeper which the critics seem to have missed. In one scene Gore opens up about the loss of his older sister, Nancy, whom he greatly loved. Although Gore’s father made his living from selling tobacco, Nancy’s death from cancer led Gore’s family to halt their entire business by no longer growing tobacco despite the risk and the loss of income. They chose other income products after Nancy’s passing.

In essence, Gore shows that all the outer actions in the world–from recycling to protests–will have no true impact unless individuals first have a change of heart which is then revealed in substantial action. While Gore articulates the importance of outer action, he models and points to the importance of inner change of heart which will then motivate outer change of behavior. An Inconvenient Truth is about far more than just climate change.

I doubt that anyone has watched these three films back-to-back-to-back because each is so different and aimed at different audiences. And yet if all three were shown worldwide on three consecutive nights, I’m betting important world discussion and change would follow.