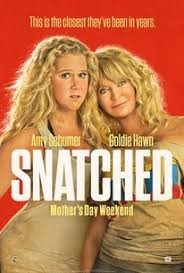 In 2017, yet another wave of “buddy movies” were released. Although they did not follow the precise formula of the original “odd fellows on assignment” model—like Starsky and Hutch, Cagney and Lacey, Batman and Robin, the latest wave of films—Central Intelligence, Snatched and Baywatch, poured old wine into new bottles.

For many of my colleagues who teach media history, “buddy” films are low on the media food chain—just like horror films, “chick flicks” and soap operas. After all, we know in advance that the celluloid “buddies” will face a harrowing assignment, blame each other for their misfortune, walk away from each other, and finally, happily emerge with a stronger bond after tragedy is averted.

To seem novel, this formula has been given a few new wrinkles in 2017. In the case of Snatched, the buddies are a mother (Goldie Hawn) and daughter (Amy Schumer), while in the case of Baywatch they are employer vs. employee rival lifeguards, Zac Efron and Dwayne Johnson. In Central Intelligence the buddies were anything but “buds:” Kevin Hart is totally forced into a dangerous “partnership” by distant and difficult classmate Dwayne Johnson.

While I cannot strongly recommend such films for much more than therapeutic entertainment, I think I can recommend what is behind them and explain why the formula—and the therapy—are so popular.

These films are about us. Who among us has not had challenging moments in a relationship? Who among us has not had an unlikely partnership develop due to work assignments, family ties, organizational roles, sports teamwork and life choices? Somehow, there is a universal longing to make these relationships heal and work and there is also a hope that such bonds will strengthen over time such that they become more genuine and fulfilling.

Still, I don’t think this consistent aspiration for reciprocally deep friendships is the only appeal of the endless parade of “buddy films.” There is also a “moment of truth” in each such film where the central characters realize that unless they fix something in themselves, they cannot fix anything broken in their relationship. 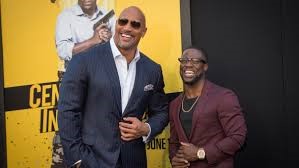 Ultimately, hard-hitting reality kicks the characters in the seat of the pants and there begins to be some kind of awakening. In Baywatch Efron and then Johnson is fired; in Snatched Schumer and Hawn are kidnapped; and in Central Intelligence, Hart is first traumatized and then humiliated.  What rings true to an audience is that one must first come to a state of self-realization before any broken relations can be mended.

In the terms of primal spirituality, until the primary bond between a human being and the Creator is restored, there is little hope for substantial secondary bonds with other human beings. Another way to say that is, unless one awakens to actual identity and restores the primary relationship upward, the secondary relationships with other people cannot be truly empowered, healed and blessed. Somehow audiences know this truth subconsciously, such that when a character melts, apologizes, or repents, we sense that the buddy tension will ease and a state of harmony will soon be restored. 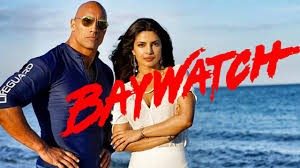 While the scriptwriting of most buddy films is uneven, still the “moments of truth” seem recognizably about ourselves. Unless I change, how can I expect my partner to do so? If we live in a constant cacophony of finger-pointing and one-upmanship, no partnership will last, let alone deepen.

There are primary values being saluted in buddy films which go beyond the climactic moments of truth. The bottom line message is often that “an ounce of loyalty is worth a pound of cleverness” as the legendary writer Elbert Hubbard (no relation to L. Ron Hubbard) put it on the cover of his famous essay, The Message to Garcia.   When the characters put loyalty ahead of self-promotion, teamwork above ego fulfillment, and deep honesty above pretentiousness, the friendship finds new levels of meaning. The audience, often filled with children and teens, learn all over again— albeit subconsciously—about the deeper meaning of such messages.

Hence the “buddy film,” no matter how predictable and over-the-top, ultimately reinforces pro-social values about friendship, fidelity and surrender. All the chase scenes, eye candy distractions, sight gags, potty-mouth humor, and trending romances are the “sugar which helps” this “medicine go down.

Behind all this is the longing to restore the primal bond, to come clean into mutually whole relationships and to let the moments of truth be one’s own. And there is also the great lesson that there is more to my partners than meets the eye. Once the awakening begins, the very person who seemed like my irritant now is revealed to be my educator.

← The Courage to be Yourself
Greetings from Somerset England! →