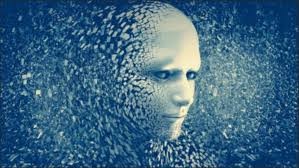 Planetary Mission, recently hosted a summit of emerging technologies. The event was by invitation only and the guest list included people from many parts of the world. What they all shared was a vision that the planet and all the living beings on it are at a critical crossroad and that a new earth must emerge. The title “Emerging Technologies” certainly might give the impression it could be a bunch of nerds with big ideas. It turned out not to be the case at all. The group included international experts on co-creating, communities, sacred space, social architecture and other disciplines decidedly less techie than one might expect—by design of the organizers.

The event spanned an all-too-short three and one half days. Over that time, the group practiced the principles of heart-activated coherence together. The organizers, Miranda Clendening and Tim Hobbs, with a huge assist from the Ranch’s own Rachel Morrison, did a masterful job of pulling together a cast of people who all shared an agreement of ‘listening to source.’ With over 60 people in attendance, from such diverse areas of discipline, it was a marvel to experience the results of all listening to something other than their sizeable intellects.

During the Sunrise Ranch Sunday service that culminated the summit, David Karchere mentioned the principle of the ‘Spiritual Commons.’ He was referring to the Primal Spirituality that is not stuck on the labels of the experience of ‘being,’ but on the ‘knowing’ of the experience in heart/mind/body/essence. This was so well modeled in the summit! Whether participants called it source, spirit, God, life force, the womb of creation, core, awakened consciousness, or simply “the mystery,” it was clear that in the willingness to share the experience of a balanced clear center, the words lost their importance. We practiced radiating love without concern for results.

Were there amazing technologies presented over the first couple days? Absolutely. The cycle of change flowed from the deep waters of listening, through the air of connected intellects, into the earth of manifested dreams, to the fire of ecstatic agreements in principles. I certainly can’t include all the amazing concepts here, but the process itself was, to me, an incredible exercise in balancing the masculine and feminine principles, the yin and yang, and working through the shadow fears that keep us from being whole.

We started the conference with exercises to create a womb -space in the center, a crucible where ideas might excite further innovation and collaboration. We allowed there to be relationship building from a grounded and balanced heart, with curiosity and appreciation. It generated a feeling of togetherness and a current of mutual trust and love—it was palpable. From that point on, the explosion of concepts and approaches blossomed, all serving the guiding principles—to reconnect people with themselves, their communities, their world, their inner beauty, and thus, the shared energy of life that blazes forth and animates the world.

The technology presentations came from diverse groups who had all had powerful “downloads” of visionary content from “the mystery.” It became an odyssey of synchronicity. The models of what may be needed for a new world community built on love and co-creation were eerily similar, and the presenters were giddy as they recognized that their vision, often worked out
over years and protected in their creative space, was another variation on the previous presentation. Sometimes the words themselves were identical. In these think tanks around the world, something was triggered in the collective consciousness over the last 5-10 years, and each of these earnest and powerfully gifted groups were actually working from essentially the same instructions. Because of the uniqueness of their knowledge, maturity and tools, the instruction modified to a unique version.

Oh, it wasn’t all ecstasy. After the explosion of agreement and awe that these similar visions inspired came the question “how can we work together?” The field of appreciation and heart coherence 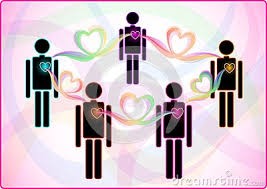 began to break down as fears around intellectual property and livelihood and other valid lower vibrations rippled through it. The room was filled with dynamic, intelligent and verbal facilitators in their own right. What started in that period as a circle to ground the shared vision became a chaotic milling where swirling uncertainty grew. We were all swept up, losing the shared sense, and one by one, a new “alpha” character would grab a microphone and try to start the group in a different, “better” direction. We had arrived at the point in any venture where the thrill of the blessings and the joy of understanding and magical thinking start to meet the shadow of shame and doubt. I was not immune; just as in the exercises of connection, I felt that same compulsion to grab a mic and try to get us all back together. Luckily for me, I was trampled in the melee and couldn’t climb over the bodies to get to one.

The joy of the conference is symbolized for me by what happened next. After an hour of cacophony, small groups gravitated to each other. They slowed down and listened to each of the members, not setting an agenda as much as reclaiming the open space for inspiration. In my group, we merely asked “why did we come together, what can we bring out?” We each personally shared an inspiration and we discovered we were all about social evolution. We were about keeping the co-creation process in the hands of the mystery. We understood the shared mission from a vibratory collective.

That night after dinner a few groups formed spontaneously. In those sessions, where there was no pressure to manipulate the group, magic occurred. Models and approaches, subgroups and projects coalesced without ego grabbing a dissenting opinion.

Radiation, response, attraction, union, and collective radiation were being modeled without any instruction. The Planetary Mission energized us all. Communities of awakened hearts and minds need to reconnect; of that I have no doubt. Which of these tools rises to the top, or how many, is not as important to me as the lesson learned by the process itself—that what needs to emerge in technology is not focused on the technology, but on the emergence.

Atom Terpening has over 30 years of experience as a software and database developer and project manager in the healthcare and non-profit, association-management industries. Most recently he worked as the Corporate Information Officer of a company, CMI, that manages membership and events for non-profit health care associations. Atom is a proud father of two grown children and a new granddaughter named Ziggy, and he has spent most of his adult life developing a practice of awakened consciousness through mindfulness, heartfulness and appreciation for the miracle of life.
← Media and Sustainability
Standing in the Now, Honouring the Past, Welcoming the Future →