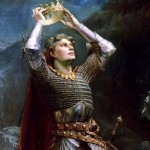 So much of what is held in Britain’s myths and legends invokes and evokes magic in some form. Even the word ‘Briton’ refers to original peoples long gone, ancient before the Angles and Saxons and Normans ever invaded this land mass. This claim of ancient-ness to being British is what may be driving the demand for Sovereignty and an exit from the European Union—a collaboration that Britain has never been comfortable in throughout long periods of its history.

The attraction to the stories of King Arthur—the Once and Future King, may find substance today as we, and all peoples, long for the re-emergence of our True Lineage. Perhaps the layers of meaning encapsulated in the word magic suggest a longing for what is upright, noble and true—a sense that we once experienced this state and long to again. 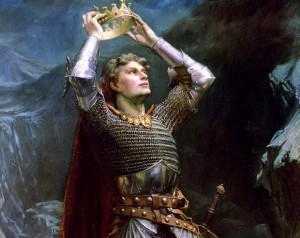 Where do the vanes and towers of Camelot
And tall Tintagel crumble? Where do those tragic
Lovers and their bright-eyed ladies rot?
We cannot tell, for lost is Merlin’s magic.”

Those half-remembered truths stir in our hearts and lead us now to unusual decisions. We know the truth of who we are; we long to act on it.

“And all that coloured tale a tapestry
Woven by poets. As the spider’s skeins
Are spun off its own substance, so have they
Embroidered empty legend – What remains?

This: That when Rome fell, like a writhen oak
That age had sapped and cankered at the root,
Resistant, from her topmost bough there broke
The miracle of one unwithering shoot.

Which was the spirit of Britain – that certain men
Uncouth, untutored, of our island brood
Loved freedom better than their lives; and when
The tempest crashed around them, rose and stood

And charged into the storm’s black heart, with sword
Lifted, or lance in rest, and rode there, helmed
With a strange majesty that the heathen horde
Remembered after all were overwhelmed;

And made of them a legend, to their chief,
Arthur, Ambrosius – no man knows his name –
Granting a gallantry beyond belief,
And to his knights imperishable fame.

These poet’s visions conjure (another magic word) the inherent greatness in all people, recall a time when living was in tune with the majesty of the land and sky.

They were so few . . . We know not in what manner
Or where they fell – whether they went
Riding into the dark under Christ’s banner
Or died beneath the blood-red dragon of Gwent.

But this we know; that when the Saxon rout
Swept over them, the sun no longer shone
On Britain, and the last lights flickered out;
And men in darkness muttered: Arthur is gone…

And men and women are still murmuring, struggling today to come again to sovereignty and nobility, to disengage from the rational mind that blankets and numbs, to lead themselves 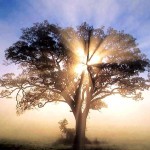 back to the great cosmic round that is the very nature of creation. 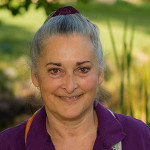 RUTH BUCKINGHAM is a teacher of Primal Spirituality and travels internationally offering courses on spiritual awakening and transformation. Her practical approach encourages people to discover the truth of themselves.

← Musings on Early Lessons of Natural Connection
Leverage of Loyalty →